After Gauche oji-san knocked on the door, the village mayor immediately opened it.

「Oo, welcome back! The dinner will be ready soon, so please wait for a while.」(village mayor)

There were only a few things inside, so I felt like it was bigger than it looked from outside.

There was a noise coming from the back.
Looks like someone other than the village mayor was cooking in the kitchen.

After we got inside the house, the village mayor looked at me.

「Mark-kun, I saw the slide you made! You’re incredible to be able to make such a thing with magic! I’m sure the children will gratefully use it to play.」(village mayor)

Saying that, the village mayor held my hand and shook it vigorously.

I’m glad that he’s happy with that, but I feel like my arm will come off if he shakes it like this…

「Father, you shake that child’s hand too hard.」

A woman around the age of 40 came out from the back.

The village mayor immediately let go of my hand.

The woman pointed at the room next to her.

There was a big table and lots of chairs inside the room.

After we sat at the table and waited for a minute, the woman carried food from the kitchen to the table one after another.

After that, a macho man came with plates and put them on the table.
There was a little child next to him.

After the man finished putting the plates on the table, Nicola and I introduced ourselves lightly.

The man’s name was Santana, the village mayor’s youngest son, and also Sanmina’s father.
He seems to be a farmer.
And the woman from earlier was truly Sanmina’s mother.

The village mayor lived in this house with this married couple.
He had several other sons, but they lived with their own families.

As of the little child, she was Sanmina’s three-year-old daughter.
Sanmina’s parents usually took care of her while Sanmina was working.

Sanmina said she was sixteen years old, but she already has a three-year-old daughter, huh?
Case like this was rare in my previous world.

When I was looking at Sanmina’s daughter, the village mayor suddenly talked to me with a ‘deredere’ face. 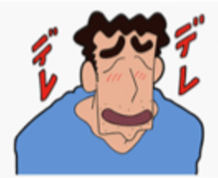 「Isn’t she cute~? It’s been a long time since the last time I got a great-granddaughter. I wanted to do something for her, but I wasn’t sure what I should do to make her happy. At that time, Gauche told me about seesaw, that’s why I asked him to make one in this village. I never thought Mark-kun would make a slide as a bonus. Really… thank you, Mark-kun.」(village mayor)

The village mayor stroked Sanmina’s daughter’s head as he talked to me.

After that, we waited for the rest of the food to be served while listening to the village mayor talking about his great-granddaughter.

At that time, Sanmina barged into the house all of a sudden.
She was breathing heavily. Looks like she ran all the way from the lake.

「Hahhー hahhー Did I make itー? I came to have dinner together! I still haven’t heard enough about magic from Mark, after all!」(Sanmina)

Looks like she really wanted to hear stories about magic.

「Calm down now. You’re not with your husband?」(village mayor)

「After having a light meal, Kai immediately went to the lake to prepare for tonight’s monster fishing…. Mama’s home~ Melmina~」(Sanmina)

After replying to the village mayor’s question, Sanmina hugged her daughter.

「I see. By the way, have you met our guest?」(village mayor)

「Yeah. I guided them around the village this afternoon….ーーOops!」(Sanmina)

「Hahh…..You skipped work again, didn’t you? You will get scolded by your husband if you keep doing that, you know?」(Sanmina’s mom)

「Kai’s deeply in love with me, so it’s not gonna happen~! Ah, Gauche-san, Delica-chan, I’m sorry I didn’t say hello when I was at the square. I was completely absorbed with Mark’s magic at that time, hehe~」(Sanmina)

As she said that, Sanmina sat down next to Delica.

「Aahー Delica-chaaan! You have grown so fast! Do you already have a boy you want to marry?」(Sanmina)

「Geez! I’m full of that kind of question today! It’s too early for me!」(Delica)

Apparently, she was sick of marriage topic thanks to Gauche oji-san teasing her all day.

「It’s not too early. You know? When I was your age, I had already decided to marry Kai. Behind a rock, we promised each other to live together, and then we were doing chuchuchuchuuuーー Gu,ha!」(Sanmina)

「That’s not a story you can tell when there are children around! Geez… Ah, everyone, the meals are ready now.」(Sanmina’s mom)

Many dishes have been lined up on the table.

From the smell, it seems that the monster meat is without a doubt squid!

「Everyone, thank you for your hard work today. The seesaw and slide that Gauche-san and the other made will surely make the children in this village happy. Today we prepared a small thank-you party for you all, so please eat, drink, and enjoy!」(village mayor)

After the village mayor’s speech was over, everyone started eating.

Gauche oji-san raised his voice after taking a bite of a squid ring, and happily started drinking ale.

I carried a squid ring to my mouth like Gauche oji-san did.

ーーDelicious!
It’s chewy and tasty!
This is definitely squid!

The monsters called the Tentacles were squid after all.
Moreover, it has a slightly stronger taste and more delicious than normal squid!
I wonder if the mana contained in this monsters’ body has affected its taste.

By the way, there was no sashimi on the table.
The people here love squid but it seems that there’s no one who wants to eat raw monster meat.

I looked at Nicola who was sitting next to me.
She was eating the squid gluttonously.

『Yeah! I’m glad that this monster turned out to be this good!』(Mark)

Then, I looked at Delica who was eating on the other side of the table.

Apparently, everyone knows that Delica doesn’t like squid, so they have prepared another dish special for her.

The fun dinner continued just like this.
Sanmina asked me about magic, and I asked her about this village.
According to her, there are various customs different from the town in this village.

In the flow of the conversation, I asked her once again if I can watch the monster fishing tonight.
She said, “Of course!” and we decided to go to the lake after dinner.

Ahh~~ I never thought I could enjoy squid dish again after more than 8 years.
That was very delicious!

After taking a leisurely meal break for a while, Sanmina called us.

Nicola and I got up from our seats, but Delica didn’t.

It seems like Delica had her sanity level dropped to rock bottom by the squid dishes in front of her.

「I see… Well then, we’ll be going. Gauche oji-san, everyoneー」(Mark)

「Sanmina, don’t let the children be in danger, okay?」(Sanmina’s dad)

Gauche oji-san, the village mayor, and Sanmina’s dad were still sitting at the table.
Looks like that they didn’t drink enough.

Then, Sanmina left the dining room, grabbed a lantern, and walked to the exit.
Nicola and I followed behind her.

When we went out of the house, it was dark outside.
Only the dim lights leaking from the windows of the houses and the moonlight illuminated the surroundings.

I thought that it wasn’t bright enough with only one lantern in Sanmina’s hand, so I used light magic to illuminate our way even brighter.

Even though I told her I could use light magic when we had dinner, Sanmina was still surprised.
She looked at my magic light with an amazed face.

We used the same route as in the afternoon to go to the lake.

When we were about to pass the woodsー

「Mark, turn off your light magic now. I’ll also turn off the lantern, so be careful with your steps.」(Sanmina)

I wondered why, but I turned off my magic light anyway.

Then, we walked in the dark by just relying on the moonlight.

After passing through the woods, just like the afternoon, a large lake spread out in front of me.
However, there were no ships that could be seen on the lake illuminated by the moonlight.

On the land side, about ten meters away from the coast, I saw men sticking unlit torches into the ground.
They lined the unlit torches at equal intervals of a few meters.

Near the unlit torches, more than ten men with about three meter spears in their hands, were watching over the preparation of the torches.

Immediately after Sanmina said that, a man whipped something like a wooden clapper in his hand.

After such a high-pitched sound rang, the other men lit the torches all at once.

Even after all the torches had been lit, the sound of the wooden clapper didn’t stop.

Then, the men with spears faced the lake and prepared their spears, getting ready for a battle.