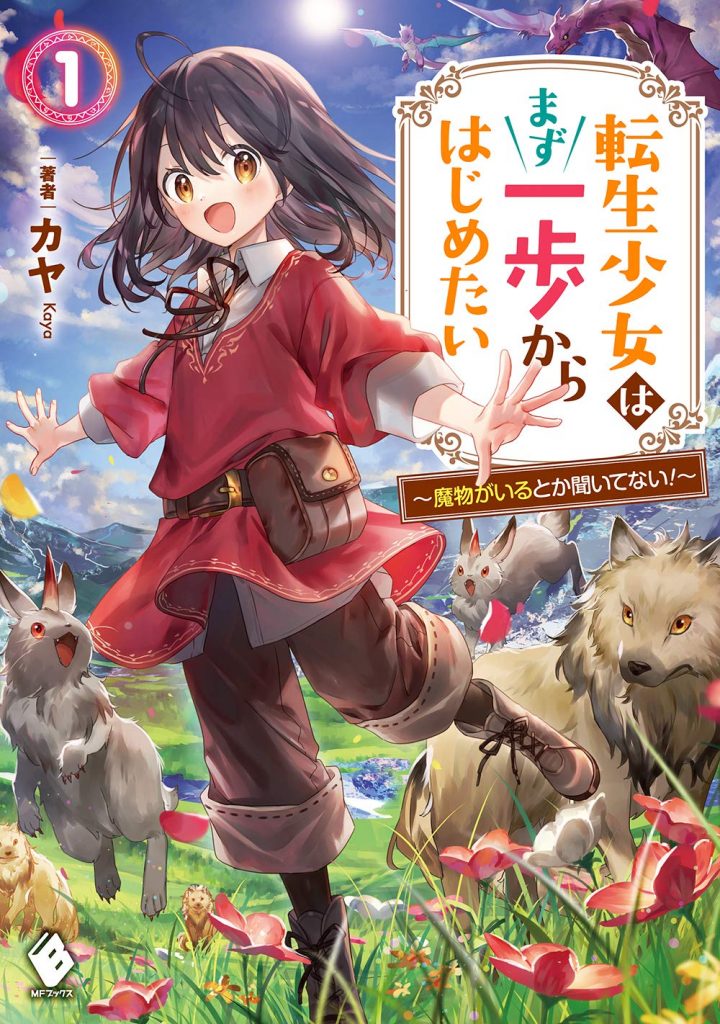 Englisth Title :
The Reincarnated Girl Wants to Start with the First Step ～No One Told Me There Would be Monsters!～

Although Sarasa had no illness, she got tired easily and tended to get rest. Even so, she managed to get a job and worked hard. But in the end, she passed out, and ended up in Goddess’s room from a different world.「You have a body that requires magical power, but you were born on earth that doesn’t have any」. She was shocked by the Goddess’s words.「It’s a world where many people like you came from earth. You just have to be there and absorb the magical power there」. And she was forcibly sent into a world overflowed with magical power. But actually Sarasa, who was supposed to act as an air purifier, was dropped in a world full of strong monsters, so she couldn’t step outside.「She said I just have to be here, but what is this..…..!?」.

Her slow life in a different world began with her efforts to step outside.