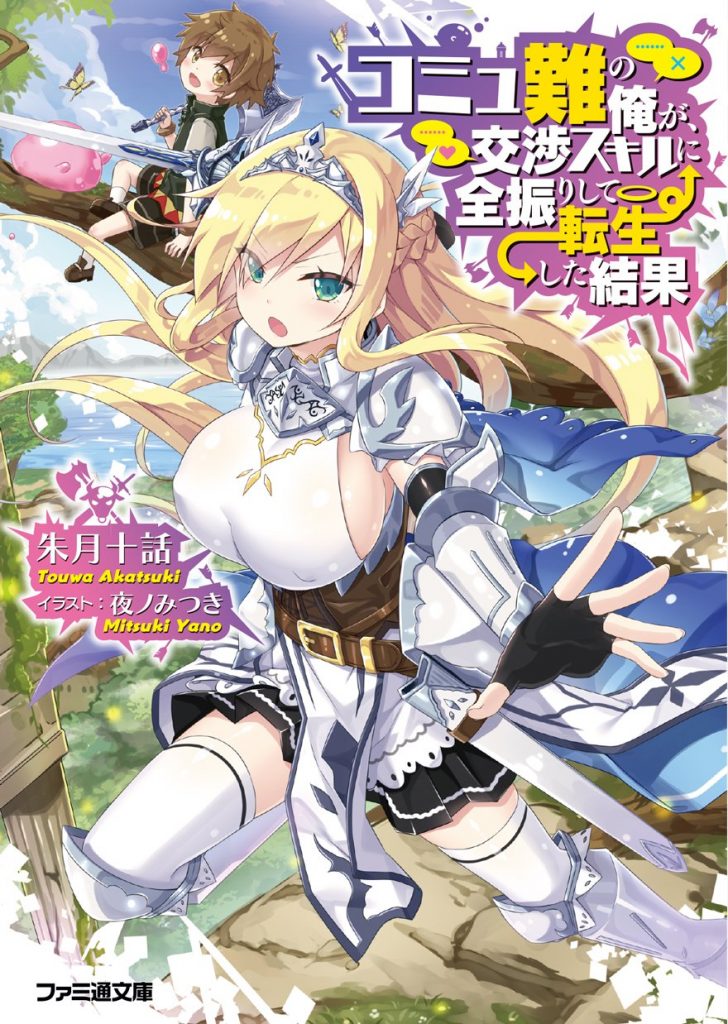 Englisth Title :
I’m Bad at Communication, But I Maxed Out My Negotiation Skills So I Got Reincarnated

The top player of the MMORPG [Eternal Magia] Morioka Hiroto was in reality a shut in with a history of 3 years of being a shut in on his first year of high school.

Spending the majority of his lifetime playing [Eternal Magia] but one day, all of his hard work was lost with a blink of an eye, and to the Hiroto that fell in despair, his fate closed up when he rescued the female childhood friend he neglected so much in the past from a truck accident.

Even though he was bad at communication in real life but inside the game his communication skills were so effective which eventually made him into the reigning top player of the game with the help of the skill that no one would take and the most unpopular of all skills [Negotiation Technique].

A Goddess from another world became interested in Hiroto and reincarnated him into another world while turning all of his misfortunes into bonus points which he unhesitatingly used to maximize the skill [Negotiation Technique].

In a world with the perfect reproduction of the game Hiroto played without change, Hiroto who was reincarnated to a baby re-affirmed the usefulness of the skill [Negotiation technique] and would sometimes have some unexpected ways of usage, until he can rise bit by bit from his villager life.

*There are also several other people who will be sent into the other world excluding the protagonist.