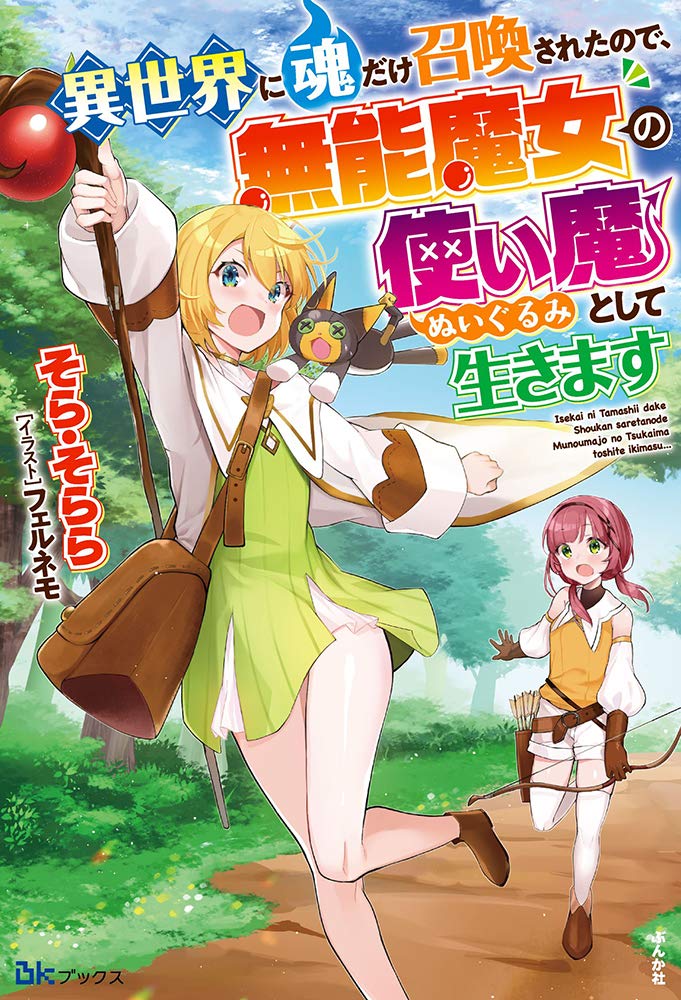 Englisth Title :
Since only My Soul was Summoned to Another World, I’ll Live as an Incompetent Witch’s Familiar (Plushie)

I was a normal high school boy, until one day, I was suddenly summoned to another world. Moreover, only my soul was summoned, so I used a doll as my body and ended up living as a witch’s familiar. Not only that, the witch girl who summoned me was an incompetent, stupid girl, who had no capability as a magician. And what made it worse, she was a fugitive on the run!

However, in this unknown world, I can only rely on this girl, and for some reason, I decided to venture this world with this tremendous magical power I had somehow as my weapon.

By meeting with various people and solving incidents we encountered, I learned more about this world.

This is the story of a stupid witch girl and me traveling this cruel but also kind world.